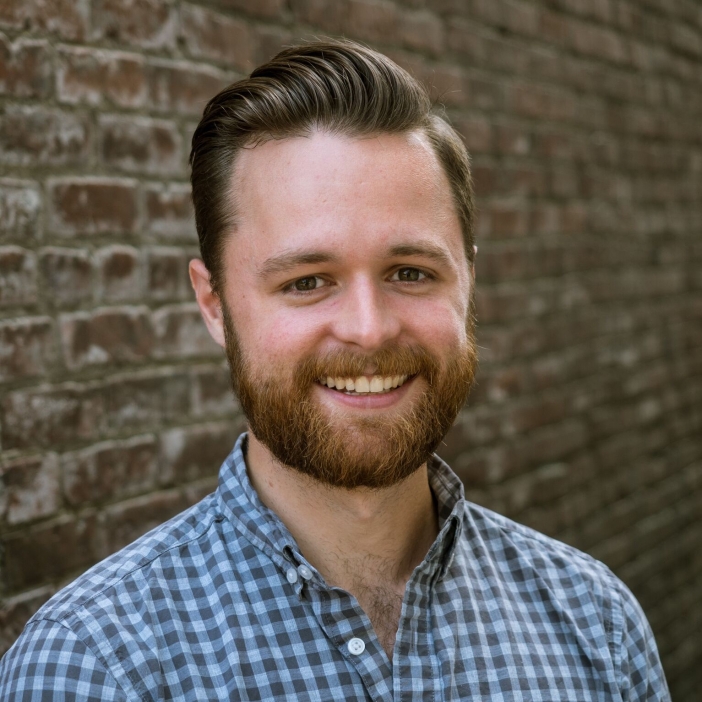 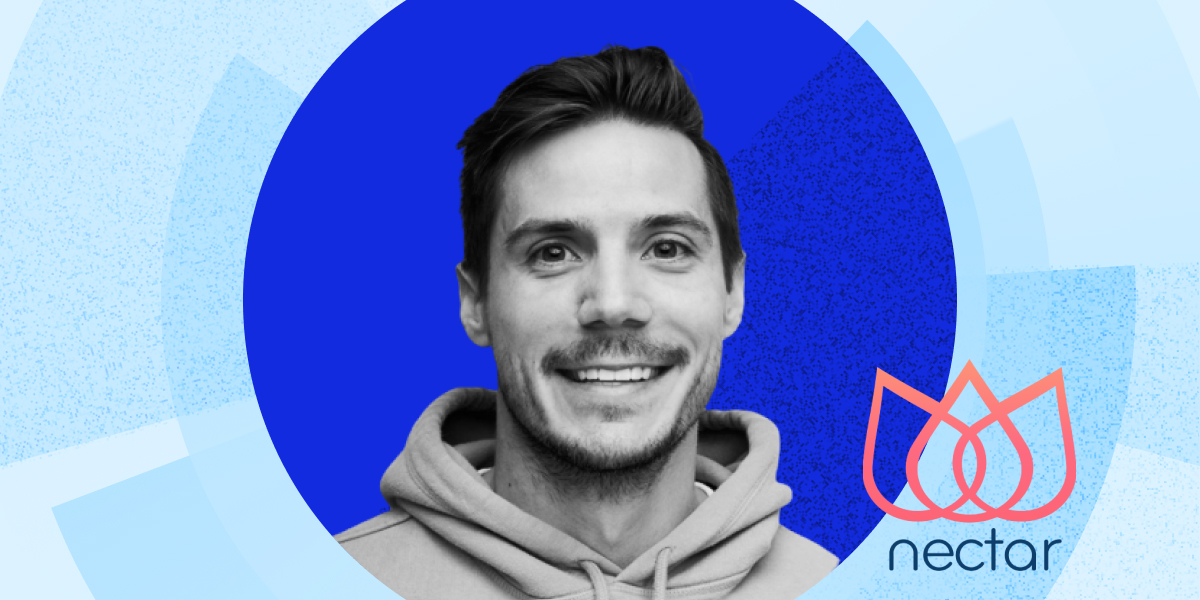 Watch this video to learn how Andrew Hollis, Director of Sales at Nectar, increased his team's close rates by using Dock. Or keep reading below for the full story.

Challenge: Nectar’s post-demo follow-up emails with lots of links weren’t ideal for selling to multiple stakeholders in an organization. Andrew, their Director of Sales, also needed a better way to forecast deals and help his reps focus on the right buyers.

Solution: Nectar adopted Dock to create demo follow-up workspaces for every prospect. By working from team-wide templates, Nectar’s newest sales reps were able to achieve the same quality of follow-up as their most tenured reps. Plus, Dock’s engagement analytics gave Andrew’s team the ability to see which deals were most likely to close.

Results: By using Dock workspaces in their follow-up, Nectar became easier to buy from than their competitors. As a result, they increased their year-over-year win rates by 31%—even as their team grew. Now, a prospect’s engagement with their Dock space has become their greatest predictor of a deal closing.

“The first follow-up that a new rep gives is of the same tier as someone that's been here for two years using Dock every single day because they're copying that template."

Andrew Hollis found himself selling the right product at the right time.

But an influx of demo bookings and a growing sales team led to a new sales challenge at Nectar:

How do you increase win rates when selling at a greater scale—especially when your sales motion is dependent on personalized, one-on-one follow-up?

Nectar launched its employee recognition software, which allows employees to award each other perks and rewards, right around the start of the pandemic—a time when enabling peer-to-peer recognition and remote company culture became burning pain points for HR teams.

“We have a healthy inbound motion,” said Andrew. “Our CEO, Trevor Larson, does a great job at distribution, and it’s a hot market. We have plenty of people trying to buy. Our account executives get to show up, and they have meetings on their calendar.”

“So my core job is to increase win rate. How are we moving that from 25 to 30 percent?”

For Andrew, improving his team’s win rate came down to overcoming four challenges:

Before Dock, Nectar didn’t have a platform to manage their follow-up process.

“Our follow-up would typically be an email with three bullet points that were hyperlinks. ‘Here's the link to our pricing page, here’s how you should think about rewards spend, and here’s a product demo video.’”

"Three links is already a lot. But I’ve done ten links before as well. There are diminishing returns after one link, honestly.”

“The biggest thing I love about Dock, now that I've used it and now that I manage how a team uses it, is it's just elevated the quality of follow-up.”

Before each demo, they quickly prepare a personalized copy of the workspace for the prospect so that they can introduce the workspace during the call. Then, all their demo follow-up happens in that workspace instead of over messy email threads.

“ We do pretty quick demos. It's not very complicated software,” said Andrew. “But in the last four or five minutes, we say, ‘Hey, here's everything I've already prepped for you. Everything we've already discussed is gonna live in here now.”

The elevated follow-up quickly set them apart from their competition.

“Our competitors were sending just these snippets. They were like, ‘Here's your price quote’ in the email.”

“Whereas for us, Dock has become this vehicle where we’re sending cohesive, curated documents that have our G2 reviews in it, really nice headshots we had done up for everybody, and all these additional tools.”

“The follow-up is just streamlined.”

Because they sell an HR product, Nectar needs to get buy-in from nearly every layer of an organization. Dock has helped them enable their internal champions to get that buy-in.

“Although our software's not that expensive, it's going to touch every single employee for the rest of their tenure at the company. People don't just launch it willy-nilly.” said Andrew.

A lot of people are involved in the purchase:

Each buyer layer has its own needs and objections that need to be addressed in the sales process—but they typically don’t get to talk to every buyer in the demo, so they need a wedge into the organization between demo and close.

“We are in a super competitive market. It's annoyingly competitive. I've been doing this for three years and I'll still hear about a new recognition company I've never heard of before.”

Because they’ve included all the supporting information to inform the buying decision in one Dock workspace, every argument their buyer champion needs to advocate for their product is contained in one spot—rather than spread out over dozens of email threads.

They also use Dock’s notifications as a follow-up signal before a buyer’s internal meetings.

“ One of the best parts of Dock is the email notifications. I know when the prospect opened the workspace. I know what they clicked on.”

“If it's a few weeks before we're having our next follow-up and they're searching around in the Dock, it's a safe assumption that they're either having a conversation with somebody or they're prepping to do some type of presentation.”

“So we use that as a touch point and own up to it. ‘Hey, I saw you were clicking around on the Dock. Any questions I can answer?’”

By jumping in at the right moment, they can help their buyers champion Nectar’s cause.

“Pipeline management and forecasting is a huge part of my job,” said Andrew.

With so much of the buying decision happening behind closed doors, their CRM data didn’t have enough buying signals after the demo call to inform their sales forecasting. They had to rely on the gut feelings of each rep.

When Andrew started using Dock for his own sales follow-up, he quickly realized the forecasting power of Dock’s engagement metrics.

“As a personal Dock user, if I had a prospect go over 12 views on my Dock, they had like a 97% chance of closing. It was ridiculous.”

“If they're looking at Dock a lot, it's a huge sign they're going to buy. The level of Dock activity was better forecasting than being a green light in HubSpot. It was very predictable.”

Now, as Sales Director, Andrew feeds his team’s Dock engagement metrics into their CRM to inform deal forecasting and prioritization.

“With Dock, we're finding who the high-quality accounts are. It's helping us decide who we target, and ultimately now I can pop in and actually see if the buyers are serious.”

“If an AE thinks something's progressing, but the prospect isn’t really looking at the Dock—is it even possible?”

This engagement data is empowering for Andrew’s reps—taking some weight off his shoulders.

“How we have Dock set up in the CRM really creates this meaningful forecast and prioritization from the reps themselves.”

“I don't spend a lot of my day actively checking in on people and saying, ‘Hey, why does this person only have three views inside of their Dock?’ It's more so about helping reps to prioritize which accounts they're going to work on.”

It’s important for Andrew that his sales reps have autonomy, because Nectar’s sales team has grown quickly.

“A few years ago, it was just a handful of us. Now we've got ten people on the sales team. It’s all AEs and they all report to me.”

“When the growth is linear, it's simple, right? I add a new person. They're sitting right next to me. They ask me questions. I answer. We didn't have a knowledge base.”

But what works for managing a small team doesn’t work for a team of ten. Andrew can’t dedicate the same amount of time to onboarding new reps, coaching them on their sales follow-up, and reviewing their pipelines with them.

“ Now that we’re adding new users, Dock is elevating the quality and shortening the time for our new reps to give A-tier follow-up.”

“Part of scaling is that now we have this database of Dock templates—and ten reps creating them and innovating within Dock. Our reps can whip up these freaking awesome follow-ups in like three minutes. It's crazy. It saves them a lot of time.”

“And so the first follow-up that a new rep gives is of the same tier as someone that's been here for two years using Dock every single day because they're copying that template.”

“I know exactly what they're saying and it's standardized. I don't have any doubts that they're giving the absolute best follow-up.”

Adopting Dock has differentiated Nectar’s selling process from their competition—boosting their win rates by 31% since adopting Dock.

“In the beginning, when we were small, we had to find those meaningful differentiators. We won so many deals in the selling process,” said Andrew.

“With Dock, our buying process was easier, our follow-up was more simplified and streamlined. And that ended up being a catalyst for a lot of our growth. We just tried to be easier to buy from.”

Andrew didn’t only feel the impact on his team’s win rates, he heard it from clients too.

“They could tell that our follow-up was just elevated. We would always have people ask us, ‘What is this? I want to introduce this to my team.’ So that was really good validation that it's a really good product.”

With quantitive and qualitative results on their side, Nectar’s team has gone all in on Dock, creating over 2,000 personalized workspaces for their clients based on their collection of templates.

“Now it's just the power of numbers,” said Andrew. “We know that if we get more than 12 views inside of Dock, the close rate goes up.”

Ultimately, Dock has allowed Andrew to maintain a standard of high-quality follow-up across his entire sales team.

“Dock's just been a crucial part in making sure that people know that we take this seriously and it's created this level of accountability for my reps.”

Andrew’s number one tip for using Dock: “Get people to click into your Dock workspace on the demo. If you or your reps can demonstrate that you've been thinking about them beforehand, it goes a long way.”

“ There was a time when I was taking so many demos that I had to start making Docks beforehand. I was finding relevant clients that we'd worked with and making that curated.”

One Piece of Sales Advice

We ask every customer we interview to share one piece of advice for someone in a similar role.

Andrew’s tip for any sales leader who sells in a competitive market: create your own quick wins by investing in positive-ROI sales software.

“Tools that are relatively inexpensive but have a huge impact are always worth the investment. My job is just to increase win rate across the board, so when I find things like Dock that are inexpensive and work, that's when you're in the money zone.”

“Because I'm at the disposal of our dev team for how fast we shoot out features, but this is something that has meaningfully increased our win rate and had nothing to do with the product and team. It was just investing in the right software.”

Boost your win rates with Dock

If you're interested in elevating the quality of your sales team's follow-up with Dock, book a demo or try Dock for free.

As Dock's Content Lead and first marketing hire, Eric is sharing stories of how revenue teams can increase their win rates, retain more customers, and elevate the buyer experience. 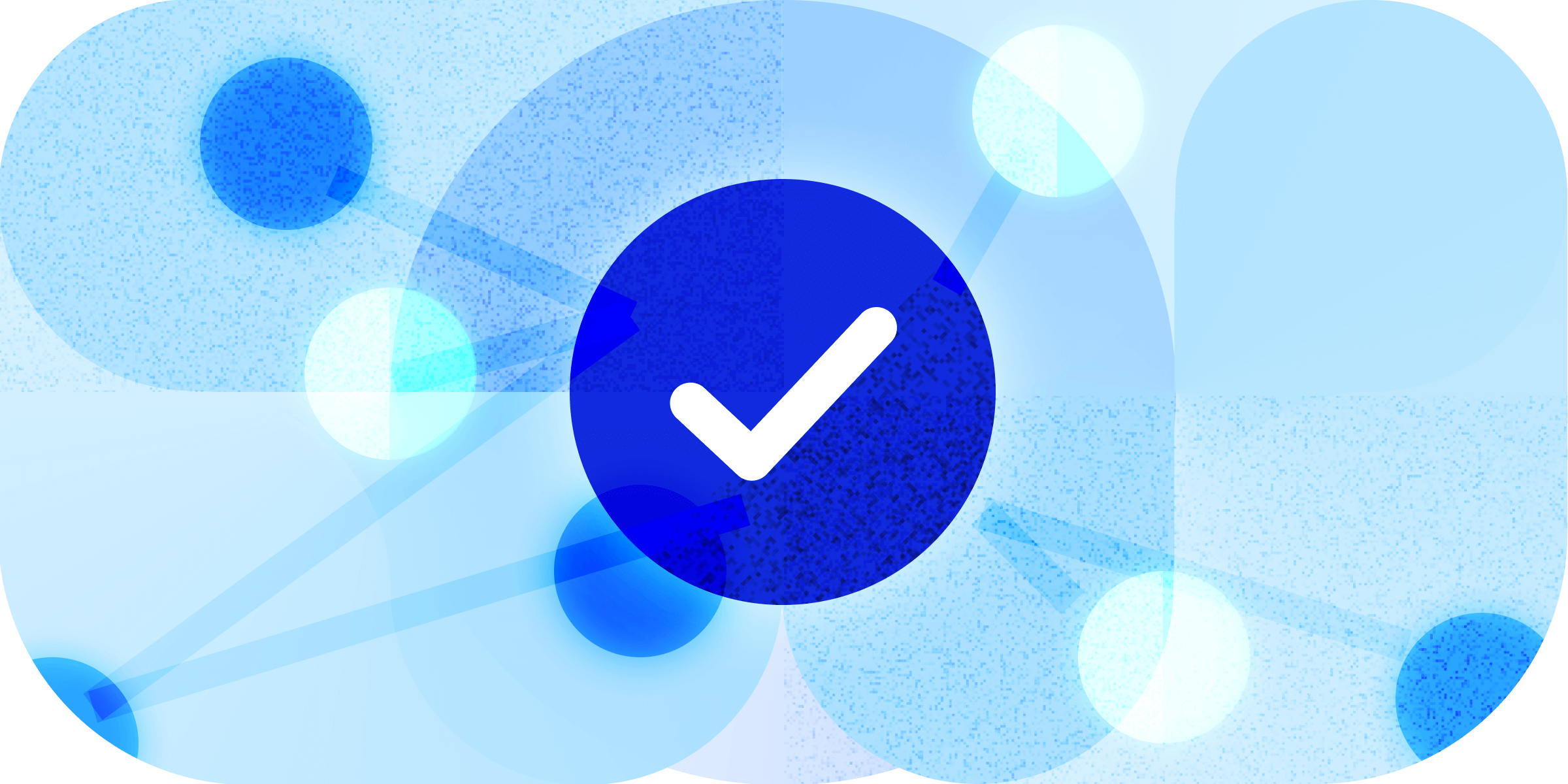 Revenue Operations Guide: How to Align Your Revenue Teams 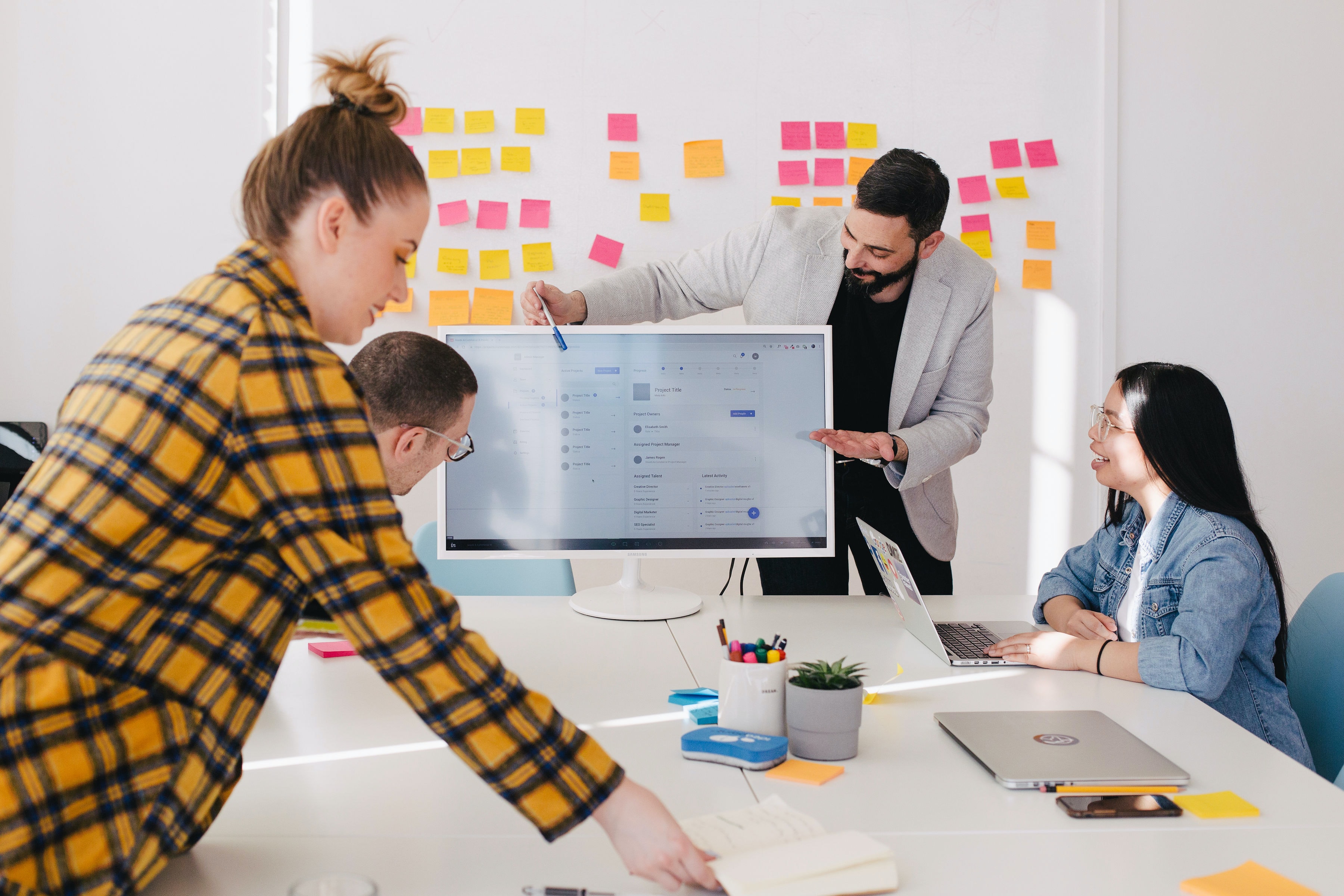 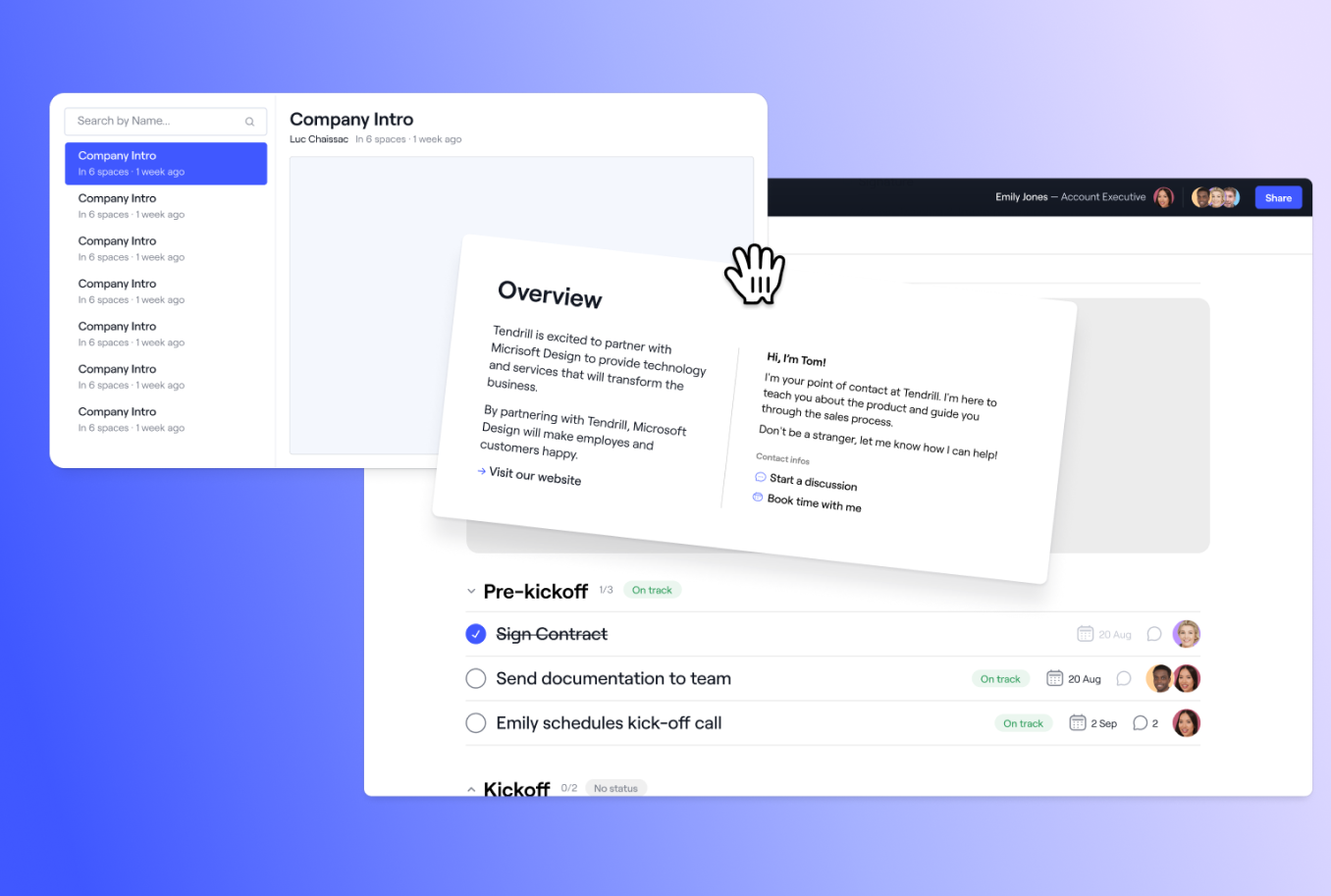 Sales Enablement Software Guide: How to build your tech stack 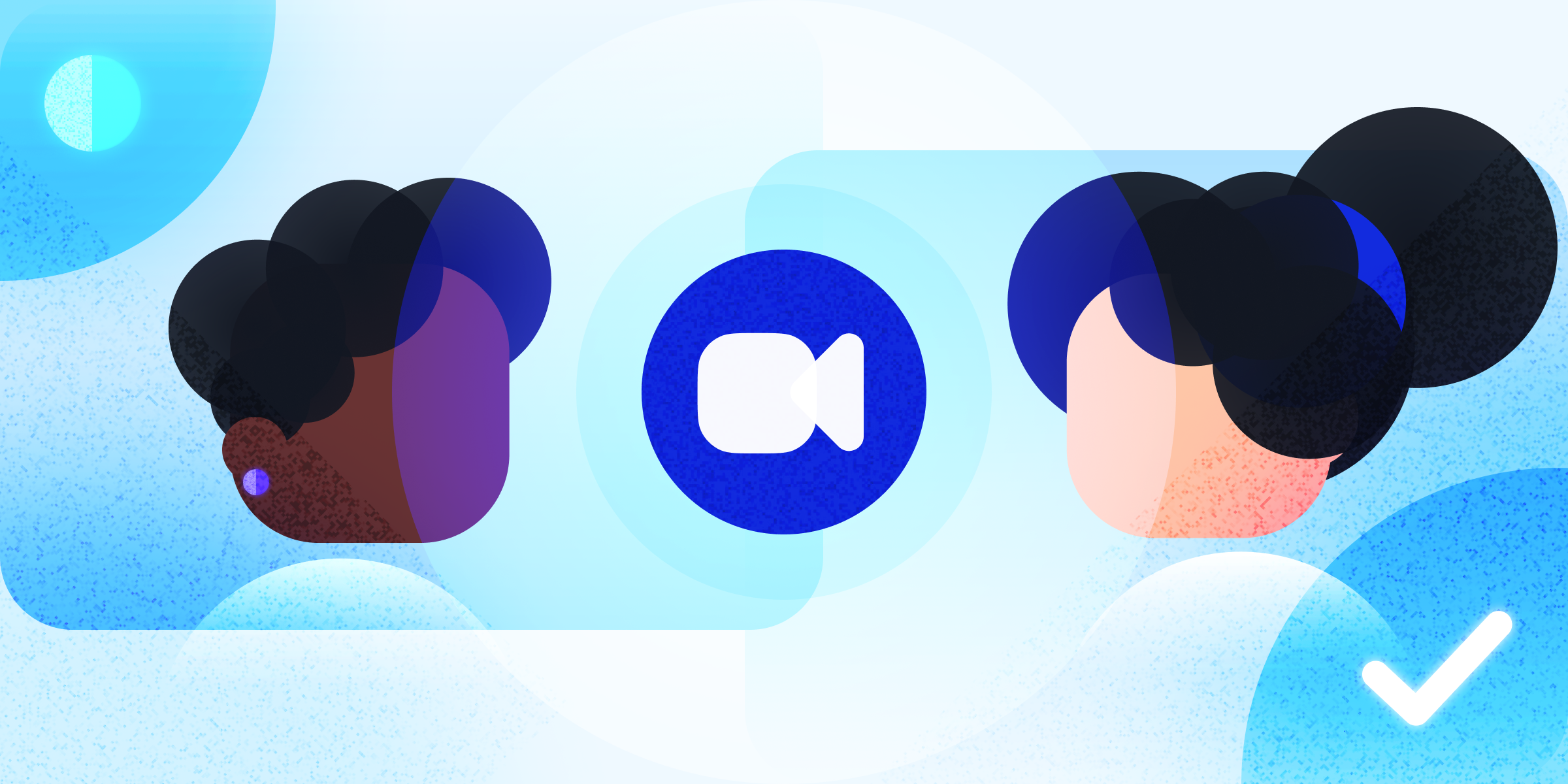 Virtual Selling Guide: How to thrive as a remote sales team 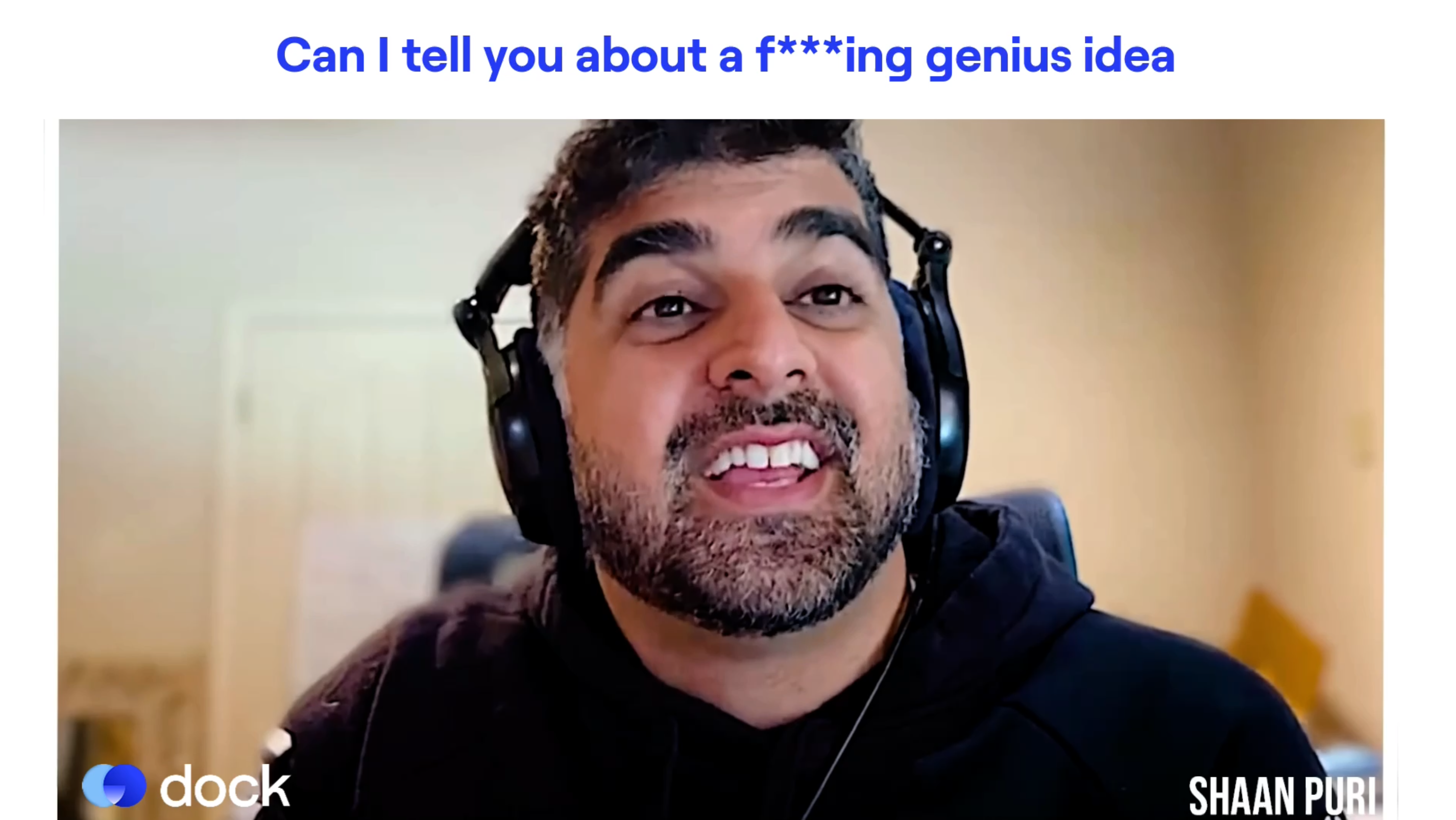 Why Shaan Puri Thinks Dock Is a Genius Idea 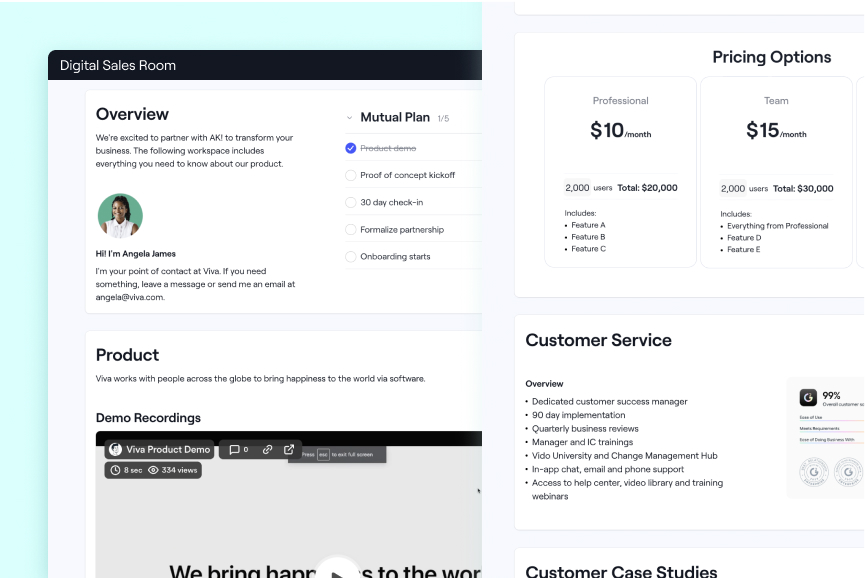 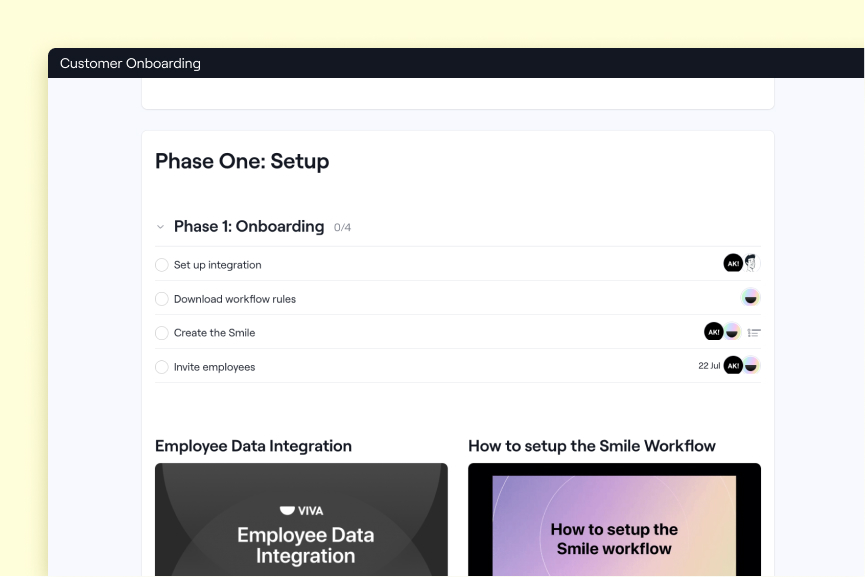 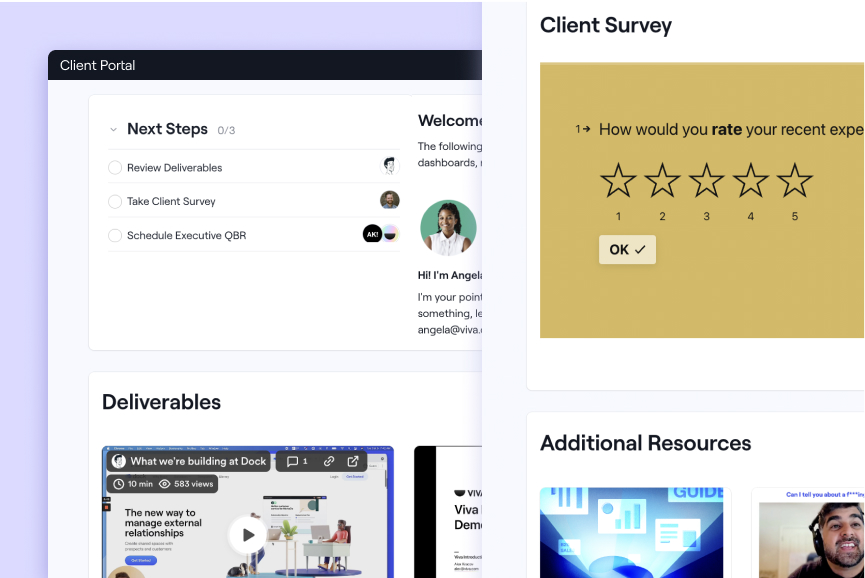 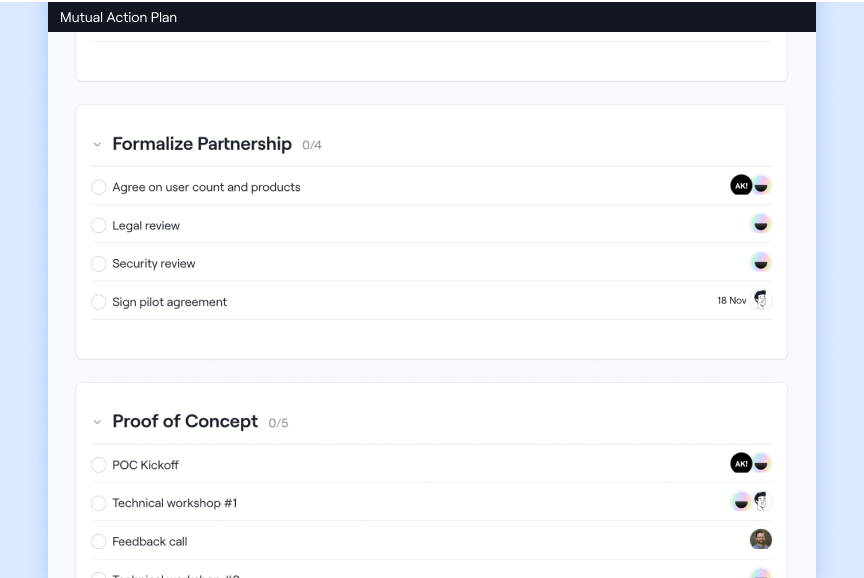 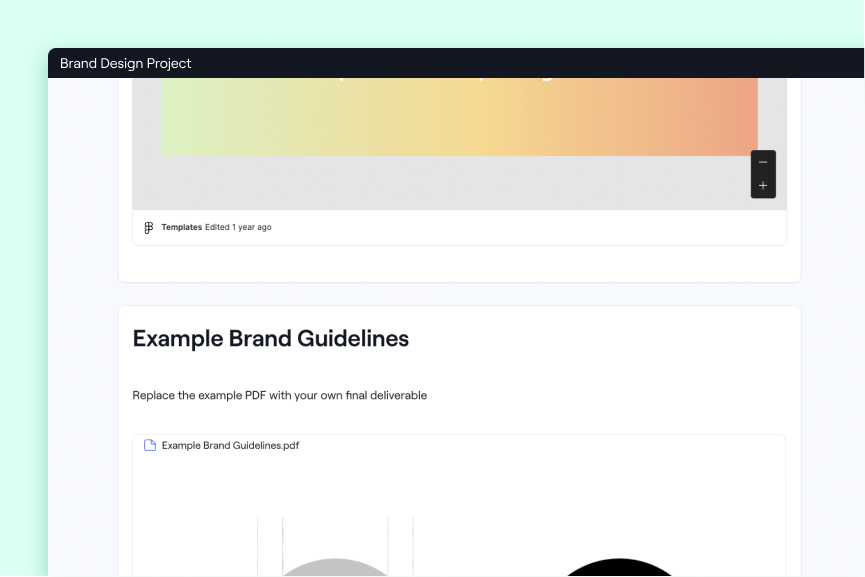 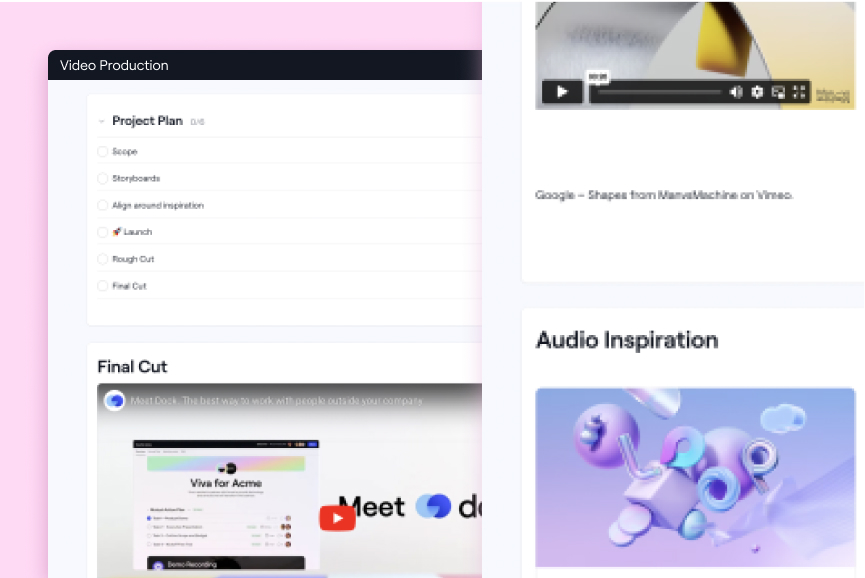